The two primary tribes of mammal carnivores in the world are cats and dogs. Both species are well adapted for meat eating life in the wild. Tourists on Big Game Safari’s in Udawalawe, Sri Lanka are usually very keen to catch a glimpse of Sri Lankan leopard (Panthera pardus kotiya) which is the largest member of the local cat family, also known as felids. However, the only representative of the Canidae family, apart from domestic dogs in Sri Lanka, is the Golden Jackal (Canis aureus). 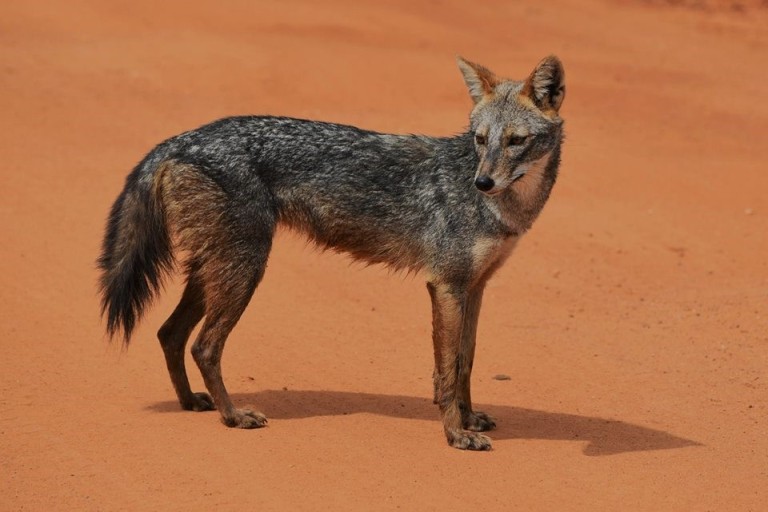 Local folklore relegates the golden jackal to a special place as a wise, cunning and persistent creature. There are many stories woven into sinhalese culture and children enjoy many short stories about them as well.

The subspecies that can found in Sri Lanka are known as Sri Lankan or Southern Indian jackal (Canis aureus naria). We would be able to observe these golden jackals in almost all of the national parks including Yala, Wilpattu and Udawalawe etc. They are territorial animals that mark and defend their territory fiercely. Jackals can live solitary life, be part of a couple or part of a large group, called a pack. Jackals mate for lifetime. The male is always bigger than the female and, if we are very fortunate, we would be able to observe the cubs as parents conceal them very well.

Jackals are normally known as omnivorous and opportunistic canids. They are very useful scavengers who aid to remove carcasses and reduce spreading of diseases. So jackals are in fact one of the key members of the food chain.

As they tend to kill livestock in villages, there is a certain amount of conflict with humans. Sometimes they are killed by farmers by various methods which include poisoning and snaring.

Big Game Camp safari’s in Udawalawe, Sri Lanka will help you get a closer look at this fascinating carnivore and perhaps even an enchanting view of its cubs.